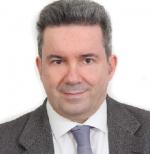 Gianfranco Chicco holds a Ph.D. in Electrotechnics Engineering and is a Full Professor of Electrical Energy Systems at Politecnico di Torino (POLITO), Italy. He is a Fellow of the IEEE. He received the title of Doctor Honoris Causa from the Universities Politehnica of Bucharest and Technical University “Gheorghe Asachi” of Iasi (Romania) in 2017 and 2018, respectively.

He is the Editor-in-Chief of Sustainable Energy Grids and Networks, a Subject Editor of Energy, and an Editor of IEEE Transactions on Smart Grid, IET Renewable Power Generation, and Energies (MDPI).

His International scientific production includes one book, five book chapters, over 100 journal publications, and over 150 publications in conference proceedings.